Previous studies have shown that diabetes is associated with higher rates of advanced fibrosis, cirrhosis and hepatocellular carcinoma. However, there are limited data regarding whether the fibrosis progression rate is higher among diabetics versus non-diabetics with biopsy-proven nonalcoholic fatty liver disease (NAFLD). Therefore, we aimed to examine the fibrosis progression rate between diabetics versus non-diabetic participants with NAFLD who have available paired liver biopsies in a large, multicenter, multi-ethnic prospective cohort study within the NASH CRN consortium.

This prospective study included adult participants with biopsy-confirmed NAFLD who had paired liver biopsies that were at least one year apart recruited at the eight sites across the United States as part of the NIDDK sponsored NASH CRN consortium. Liver histology assessment was done in a rigorous manner by a systematic central pathology committee review. The entire pathology committee was blinded to clinical data and the sequence of liver biopsy. The fibrosis progression rate was determined by the change in fibrosis stage/time between biopsies (years) and compared between diabetics at baseline versus non-diabetics at baseline using linear regression. Kaplan-Meier analysis was conducted to evaluate time-to-fibrosis progression. The Cox proportional hazards model was used to evaluate the hazards ratio (HR) for fibrosis progression between diabetics versus non-diabetics at baseline, adjusted for age, sex, BMI, Hispanic ethnicity, and baseline fibrosis stage. 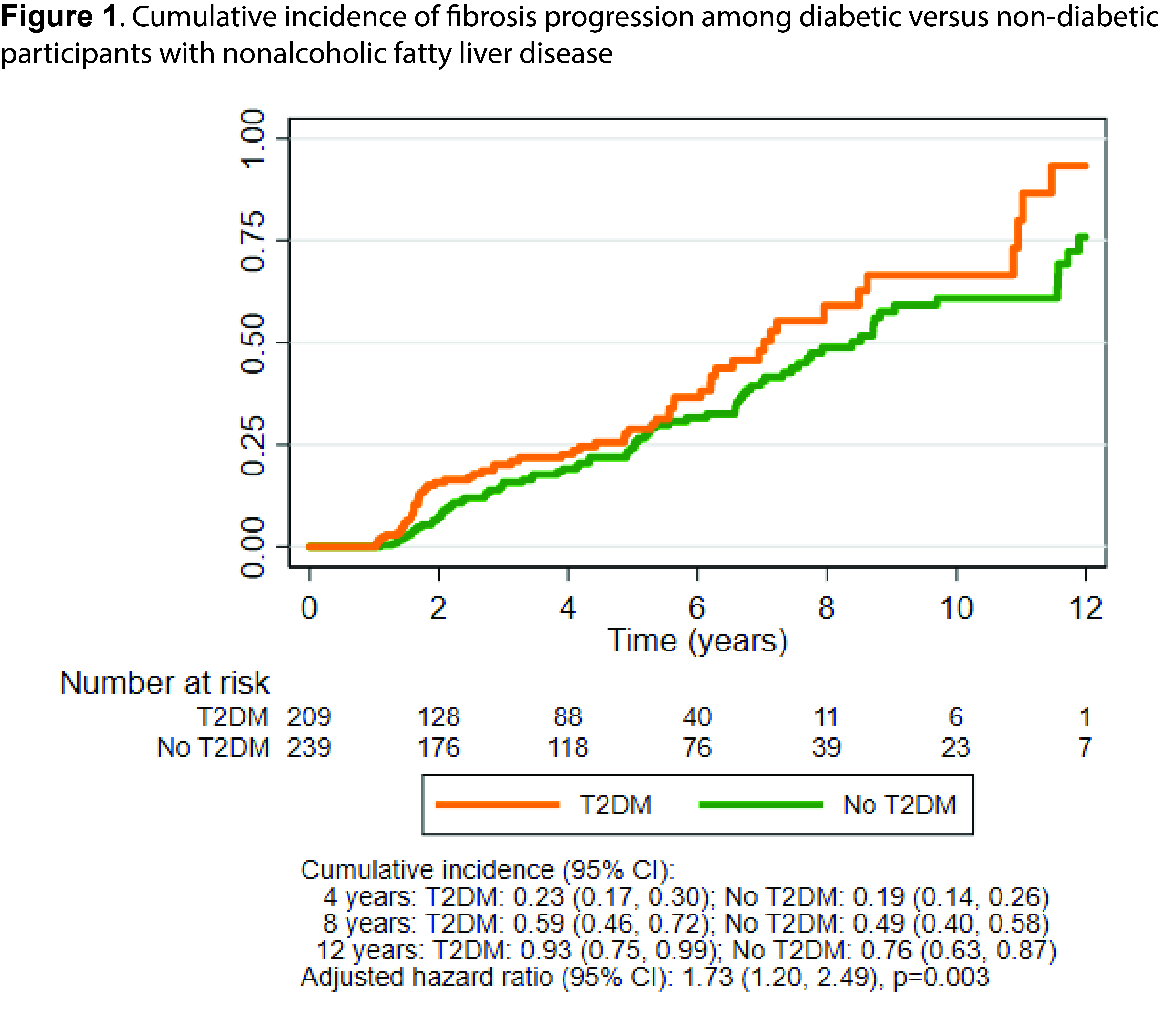