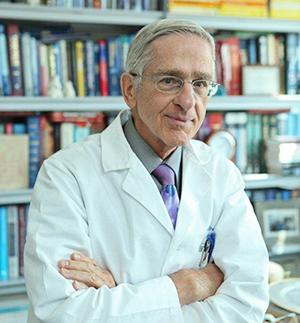 When did you join AASLD?
I joined the American Association for the Study of Liver Diseases [AASLD] in 1976.

Describe what AASLD was like at the time you joined.
What I recall was a focus on liver pathology, in both the abstract presentations and a recurring (biennial), specific Liver Biopsy Post Graduate Course. In these early meetings, presentations also addressed newly developed liver "function" tests (using analysis of enzymes, prothrombin time, gamma globulins, and protein electrophoresis, as well as assessment of the fate of injected substrates, such as BSP).

The clinical entities of key interest were alcohol-associated liver disease and viral hepatitis – there was no mention (and presumably no recognition) of the now dominant NAFLD. Of course, liver transplantation was still a dream!

What do you feel is your greatest accomplishment which has contributed to the success of AASLD?
There are a few accomplishments I would like to share.

What would people be surprised to learn about AASLD from "back in the day?"
Maybe not too surprising – the meeting took place in small, smoke-filled rooms, with limited reliance on audiovisual elements (simple podium presentations – No PowerPoint!).

There was a relatively selective membership process!

What would you say is AASLD's great strength?
AASLD has several strengths.

What would you say is AASLD's biggest accomplishment in its first 70 years?
There are several "society related" accomplishments – specifically the establishment of The Liver Meeting® and the inauguration of the official journals – HEPATOLOGY, Clinical Liver Disease, and Hepatology Communications. In addition, the establishment of hepatology as a focused discipline – leading to ABIM and ABP Certification, with expansion of the work force.

In terms of clinical impact, AASLD members (and The Liver Meeting®) have played a major role in the identification of the causative agent of "non-A non-B" hepatitis – the molecular delineation of the hepatitis C virus in the late 70s. This allowed, over the next 25-30 years, the development of highly effective antiviral agents – a major step towards global elimination of this potentially devastating disease.

The AASLD members and The Liver Meeting® have highlighted detailed molecular studies of inherited forms of cholestasis. This in turn led to a greater understanding of normal liver metabolism (e.g. bile acid metabolism and transport mechanisms), as well as disease-related adaptive processes. This has opened the possibility of gene or cell therapy for these disorders.

There are several other accomplishments that could be mentioned: two examples – the advances in liver transplantation and linkage of liver disease mechanisms and potentially treatment to the gut microbiome.

How/where do you seen AASLD in the next 70 years?
I would envision continued growth and impact of the advocacy profile of AASLD – bringing public attention to liver health and disease. I also see the following happening.